I’ve become quite the tea fanatic in the recent months. There’s nothing like a hot cup of earl grey or jasmine green tea to warm the body and the soul. (That sounded very spiritual.) Those two are my favorite teas as of now. There are still so many I have yet to try. 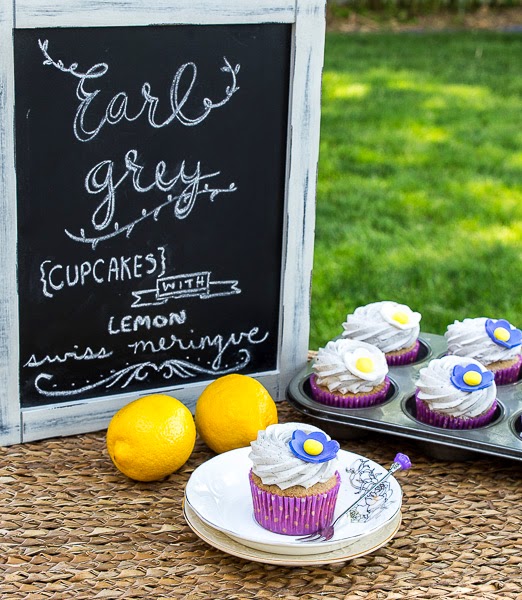 My brother actually introduced me to earl grey tea when I decided to make afternoon tea for my family almost a year ago. Ever since then, I haven’t been able to get it out of my head. Which is why I came up with the idea of making earl grey tea cupcakes. I mean, I love cupcakes and I love tea. It’s a match made in heaven.

I knew that I wanted to make an early grey cupcake, but I didn’t know what kind of frosting to pair it with. I had a swiss meringue buttercream in mind because it’s just light and fluffy enough to not overpower the mild earl grey flavor. Suddenly, I remembered having had the most amazing food experience at Le Cirque in Manhattan. 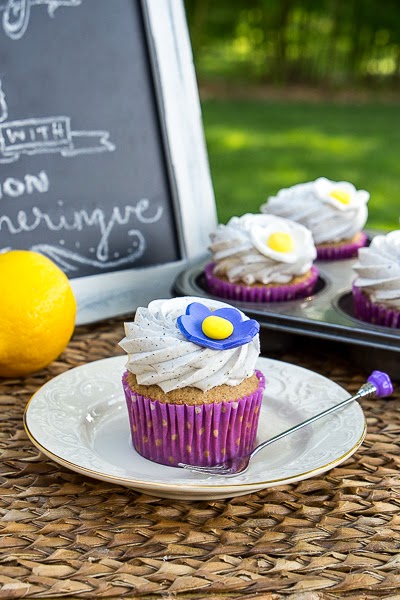 We were brought a complimentary earl grey panna cotta served in a caviar container. At first we were in complete shock, thinking we had just received an ENTIRE TIN of caviar. Then the waiter opened the lid and it still looked like we had received and ENTIRE TIN of caviar. However, he explained it was an earl grey panna cotta with tapioca “caviar”. We had a good laugh after being completely fooled. I tasted the product and it was good but it was definitely missing something. The waiter then put a nice dollop of lemon meringue on top of the panna cotta and the result was a flavor explosion that made more sense than I can even explain. The lemon meringue really enhanced everything and made the dish so extremely composed.

That’s where my decision to pair the cupcake with a lemon swiss meringue stemmed from. The end result was a cupcake with a mild earl grey flavor. I was hoping for a bigger pop of earl grey after having steeped 4 tea bags for hours. However, there was enough to detect some earl grey in the cake. The lemon frosting was the icing on the cake. It added a refreshing burst of citrus to the earthy earl grey flavor. My mom liked it so much that she ate two within two minutes. I think this is definitely something I’ll have to make again. 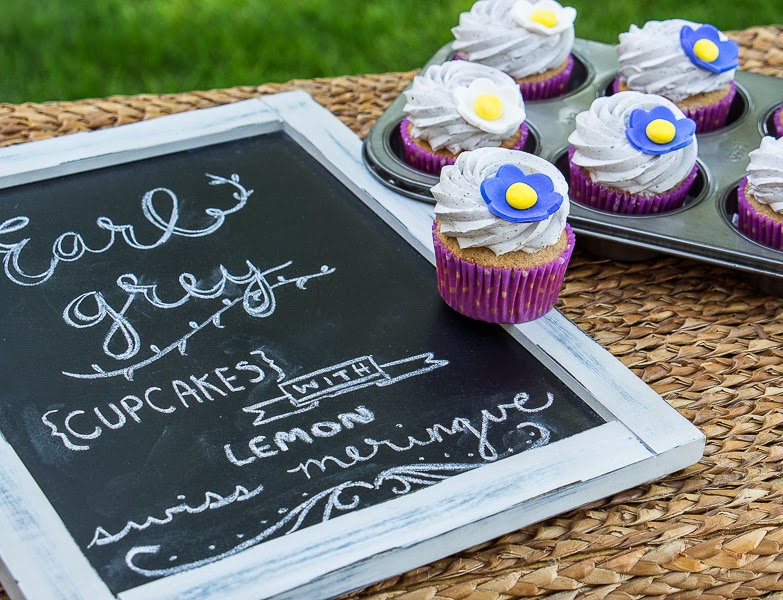 Taste: There wasn’t as much early grey flavor as I would have liked. Next time I will either use more tea bags or steep them longer. The lemon buttercream was very bright and refreshing.
Texture: The cake is slightly dense but still very moist. The buttercream is light and very smooth. It practically melts in your mouth.
Appearance: There are tiny specks of early grey tealeaves all throughout the cake. It’s so pretty to look at, especially with the slightly purple tinted buttercream.
Level of Difficulty: This is a very simple recipe. It’s a standard vanilla cake. There’s just some waiting to be done with the steeping of the tea bags and the making of the buttercream. Other than that, it is very simple.

Heat the whole milk in a saucepan until it simmers around the edges. Place the tea bags in the scalded milk. Steep in the fridge for 4 hours or preferably overnight.

In a medium sized bowl, sift together flour, baking powder and salt. Set aside.

In a the bowl of an electric mixer, cream butter and sugar until pale and creamy, about 5 minutes. Scrape down the sides of the bowl and add in the eggs one at a time. Add the vanilla extract. Beat until combined. Alternate adding the milk and flour mixture, starting and ending with the flour mixture. Mix until the ingredients are fully incorporated.

Fill the cupcake liners about ¾ full. Bake the cupcakes for 20-22 minutes, or until the top is golden brown. Let cool completely.

Slightly whisk the  egg whites and sugar in a small bowl and place it over simmering water. Make sure the bowl does not touch the water. Heat mixture to 160 degree°F, whisking constantly.

Transfer the mixture to the bowl of a stand mixer fitted with a whisk attachment and beat on medium high speed until mixture doubles in volume and forms stiff peaks. This will take about 10-12 minutes.

Once the mixture has doubled in volume and is cooled down, slowly add the butter in one piece at a time, mixing to incorporate after each addition. At first, the mixture will look curdled. Don't worry, this is normal. Just keep mixing and it will become smooth and creamy. Once it has all come together, add in the vanilla extract and lemon zest. Mix until fully incorporated. 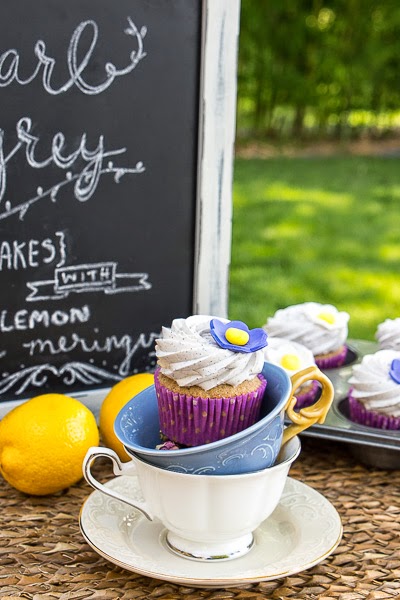 Once you've made the cupcakes and the frosting you can frost and decorate however you wish. As usual, I use my favorite tip which is the Ateco#827. I added just a touch of purple gel food coloring to match the rest of the cupcake, but that's completely optional.

These cupcakes are great for a tea party or a cute picnic. You can also make them just for the heck of it. They’ll go so quickly, so be sure to make enough for everyone!

Kelly M
My name is Kelly. I'm from New York. Baking/cooking has been my passion since I was in the fourth grade. I try to bake/cook any chance I can get. There's nothing more satisfying, in my opinion, than seeing the joy on people's faces when they try my food. I love it. I hope to one day attend a culinary school to further improve my skills. But as of now, I just try my best to make people happy. :D